Off the Grid Living – Septic Tanks

When living off the grid, one of the sacrificed conveniences is a municipal sewer system connection. Usually this is because an off-grid home isn’t in proximity to sewer pipes. However, you don’t have to be off the grid to use an onsite septic system. Many rural homes rely on septic systems for this exact reason. Here are some interesting facts about septic systems, courtesy of the U.S. Census Bureau. 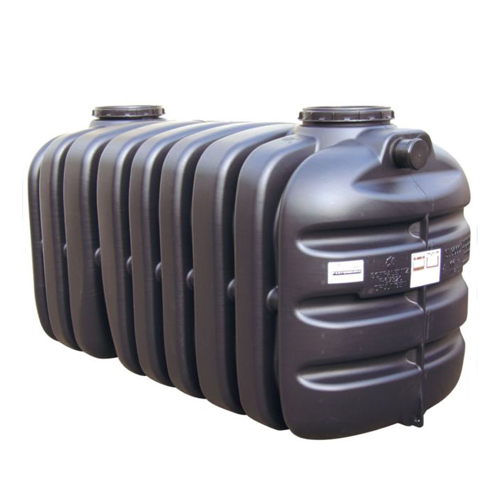 One of the core pieces within the septic system is the septic tank. Septic tanks come in many different size, shapes and materials, but their core purpose remains the same: to allow the waste that is flushed or poured into your home’s drains to enter the tank and for the solids to settle out. At one end of the tank, there is an exit that allows the water waste to leave the tank and enter the drainfield, where it can perc (percolate) back into the ground.

With a basic understanding of how the tank works, let’s look at its various aspects. First, let’s explore construction material. Over the years, there has been a progression away from metal tanks to newer, more-durable plastic tanks. The primary reason is that water and metal don’t play well together and, over time, the metal tanks tend to rust out. Once the tank rusts enough, it weakens and becomes a hazard for anything or anyone that may be on top of it — risking potential collapse. Newer, plastic tanks aren’t susceptible to the same failure, and they often are many times cheaper and more durable than their metal counterparts. Another material commonly used is concrete. Preformed concrete tanks offer an extremely durable and long-lasting solution. Concrete tanks likely will last longer than the plastic tanks. However, because they are concrete, they can be harder to install since they require a crane truck or other lifting equipment to get them in place. 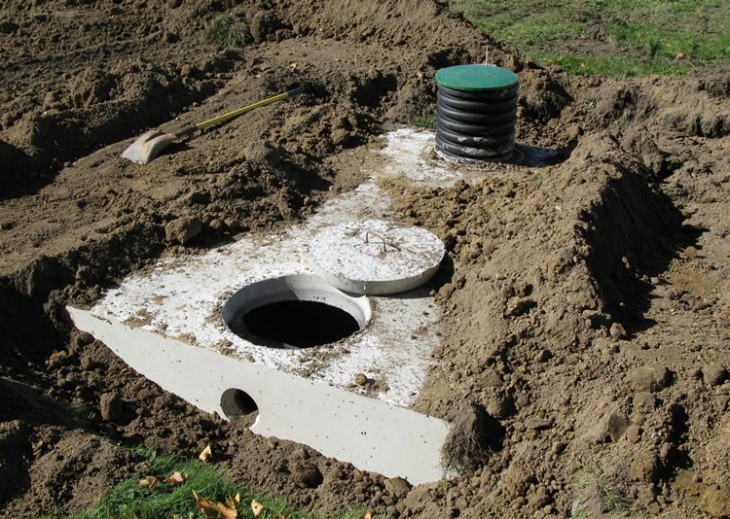 Septic tanks used to be simple, one-chamber vessels with holes on top of both ends to allow waste to enter and exit. Today, tanks come with additional features to make them more efficient, and to protect your drainfield from receiving any of the solids, which, in turn, ruin its effectiveness. The most notable feature is the addition of multiple chambers. With a multichamber tank, there are partial walls or walls with large holes near the top that function like a dam within the tank. These partitions hold back the solids in the first chamber. Since some solids still flow over into the second chamber, the second side acts as a backup, giving the solids another chance to settle out. This further protects the drainfield from solid intrusion.

Access risers are another popular septic tank feature. Many flattop metal tanks are installed closer to the surface, to allow for easier access to reach the lid or pump-out access without a lot of excavating. The problem is that the depth of the sewer line often determines the tank height. If the sewer line lies closer to the surface, then the tank will as well. If you have a basement with a toilet, then the drain likely will be below that. The problem in this instance is that the tank is way below grade and requires excessive excavation to pump out the tank. With risers, a tube-like access is placed on top of the tank and stacked all the way to the surface with a lid just below or even at grade. This allows for minimal-to-no excavation and easy septic tank maintenance.

Typically, the size of the tank is determined by the size of the house, with respect to the daily wastewater flow. Some states size a tank by the number of bedrooms, while others may use the number of occupants. In any case, the more rooms or people in a home, the larger the tank required. Below is a table showing New York’s guidelines as an example.

While there isn’t a downside to oversizing the tank, the excess cost could be better spent on improvements such as better insulation or windows.

Understanding and installing septic tanks is not rocket science and they can be relatively easy to spec and install. The key is research and finding out exactly what your specific application will require, and to ensure that specified installation procedures are followed. Failure to follow these guidelines can result in poor performance of the septic system and, in extreme cases, can contribute to the failure or collapse of the tank itself. Be sure to check out our other posts on septic systems found on Land University.