Shade Balls Should Save Millions

Los Angeles’ latest attempt to preserve its reservoir water from the region’s relentless drought comes in the form of an army of small, plastic balls. 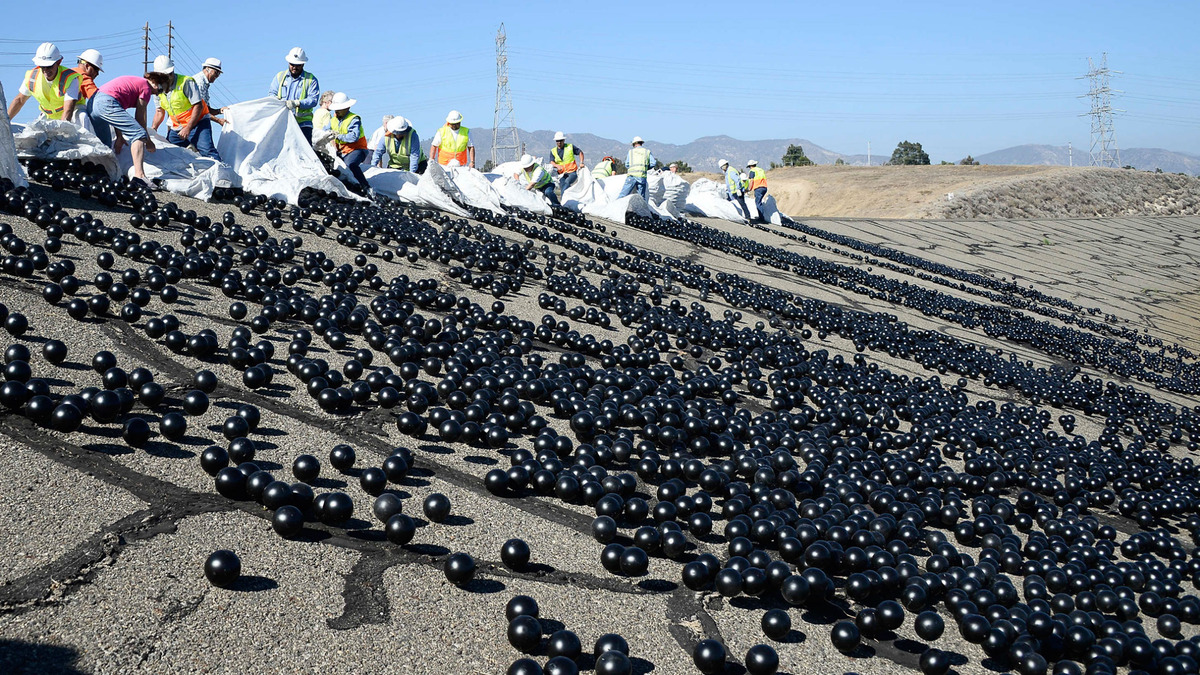 The use of Shade Balls could save millions of gallons of water. This relatively new concept has small, black, plastic balls floating on the water’s surface. They help reduce about 90 percent of the total evaporation and help maintain good water quality. Los Angeles plans to dump 96 million Shade Balls into its reservoir.

This is not the first attempt to use Shade Balls to save water during extreme droughts. We have seen this technology deployed in 2008 for the Ivanhoe Reservoir, in 2009 for the Elysian Reservoir, and in 2012 for the Upper Stone Canyon Reservoir. In each example, the slowing of natural evaporation helped spur Los Angeles into seeking the same results.

In the graphic on the below, created by TIME Magazine, you can see the Shade Ball’s features. Each ball costs about 36 cents and Los Angeles is investing in $34.5 million dollars worth of the plastic orbs. The cost is far less than having to have the water brought in from other areas. This is truly engineering at its finest. 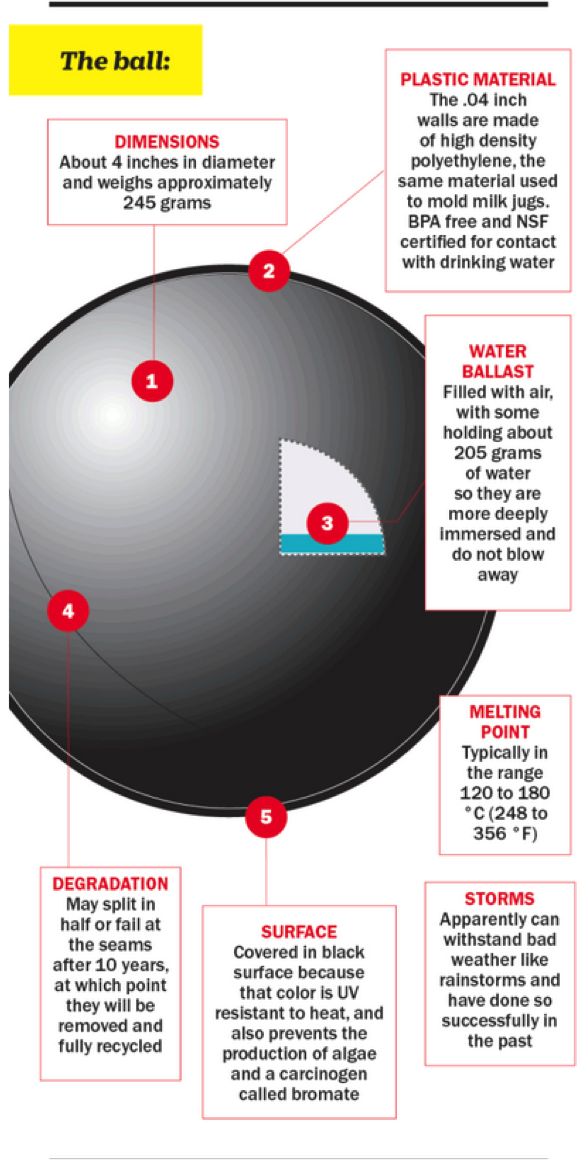 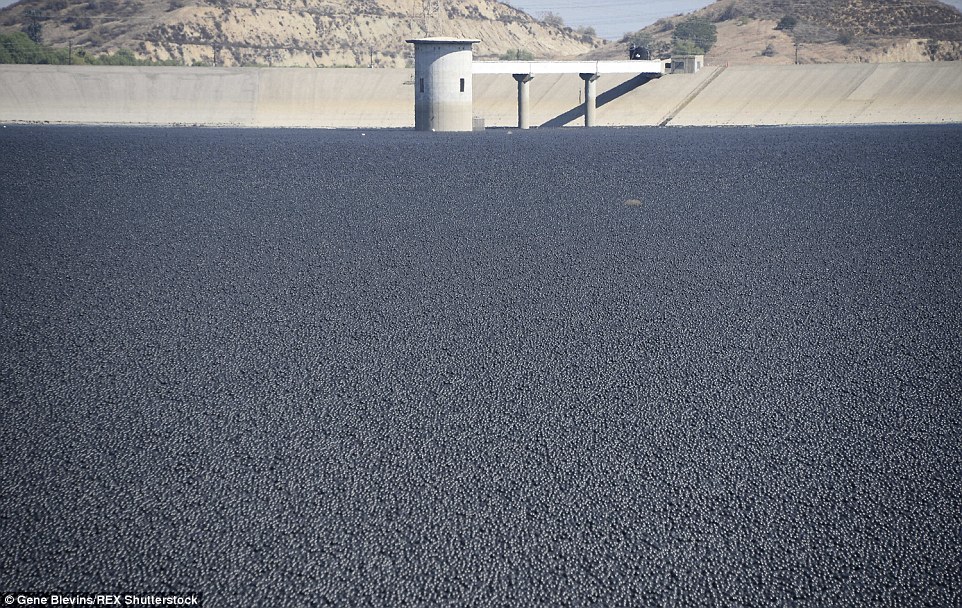