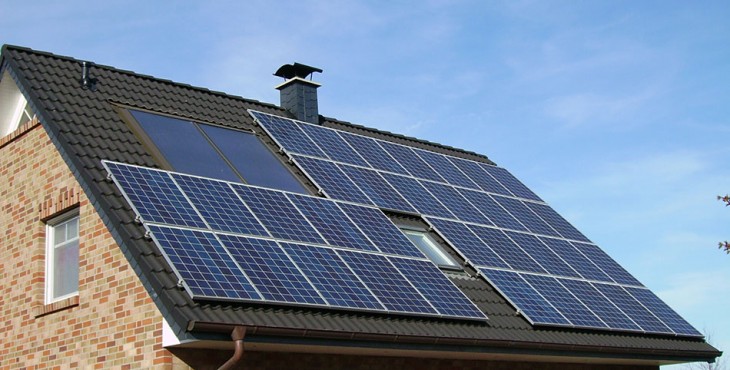 Solar power is produced by collecting sunlight and converting it into electricity. This is done by using solar panels, which are large, flat panels made up of many individual solar cells. Solar generation is common in remote locations where it is difficult to get power from centralized generating resources. Recently, it has becoming increasingly popular to put these panels in urban areas to help residential homeowners produce their own energy.

When you install solar panels on the roof of your home, light hits the panels with photons (particles of light). The solar panel converts those photons into electrons of direct current (DC) electricity. The electrons flow out of the solar panel and into an inverter and other electrical safety devices. The inverter converts the DC power into alternating current or AC power. AC power is the current that powers televisions, computers and toasters. A net-energy meter keeps track of all the power that the solar generating system produces. Any solar energy that isn’t used by the homeowner or business goes back into the electrical grid through the meter.

There are many advantages to solar power:

Click to see which rebates and incentives may be available for you. These programs and incentives vary by state, but can help offset the cost of putting the system into your home.