With record-high temperatures, severe drought and about 11,600 square-miles of wildfire-ravaged terrain in the nation, is there anything that can be done to prevent these natural disasters?

The causes of wildfires include drought, extreme heat and lightning. In 2014, there were 63,212 wildfires burning 3.6 million acres. Humans caused 55,679 of them, while lightning caused 7,933 fires.[1] According to the National Park Service, up to 90 percent of wildfires are caused by human behavior. So although we cannot stop the relentless forces of nature, we can certainly reduce wildfire risk by being mindful of our own contributing behaviors.

Understand the causes of wildfires

Many states, counties and cities have resources available to inform and educate the public about fire risk management.  Check out your state’s Department of Forestry website or Department of Natural Resources for current burn bans, fire danger levels and tips for fire safety.

Be aware of current fire danger in your state or county

Before heading out the door to go camping or engage in outdoor recreation, research the current fire risk rating for the area.  Many campgrounds and outdoor recreational areas have information boards with postings about burn bans and other factors to be aware of, so take a moment when you arrive to assess the current risk. 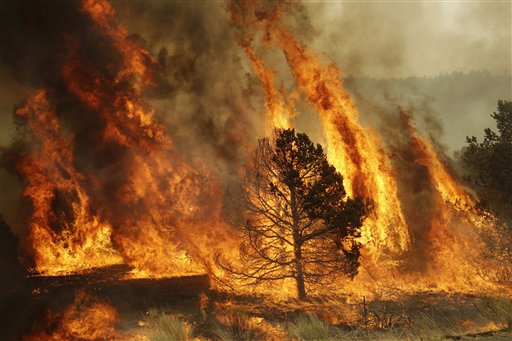 During extreme fire danger, bans on campfires, fireworks and refuse burning are often in affect.  Burn restrictions are frequently issued for suburban areas as well as rural countryside, so be aware of restricted zones.  During extremely dry conditions, even the use of power tools near dry vegetation has been known to create sparks that can lead to fires.

No doubt we have all seen fires on the sides of highways.  These types of fires often can be caused by litter, such as cigarettes being thrown from car windows.  Some areas impose strict fines for engaging in such behavior, because it is such a risk during high fire season.

Remember, only you can prevent forest fires.  For more information, check out these websites: