What Makes Them Great

Fresh water has always been a precious commodity. We need it to drink and cook. We need it for survival. Where can one find the WORLD’S largest collection of fresh water in one place? The Great Lakes, of course. Filled with six quadrillion gallons of water, it quenches the thirst of more than 40 million people.

The Great Lakes are comprised of five lakes. From largest to smallest, they are: Lake Superior, Lake Huron, Lake Michigan, Lake Erie and Lake Ontario. 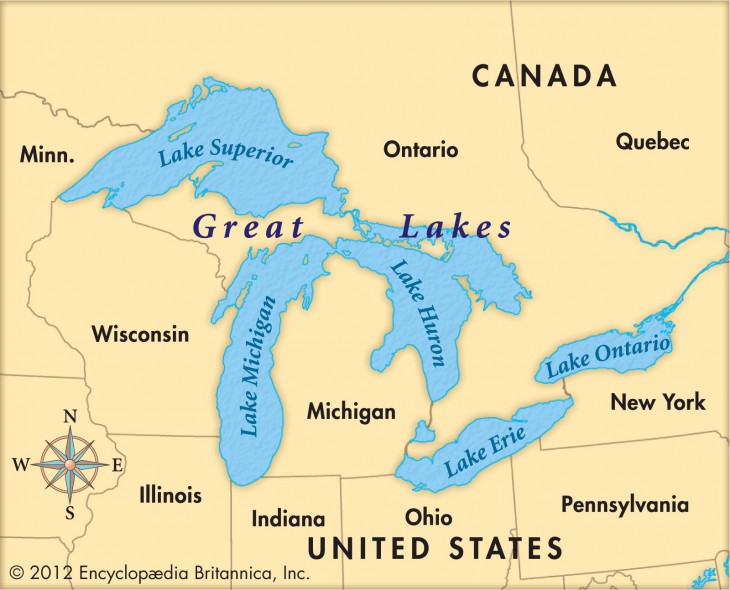 Other than Lake Michigan, each of the lakes lie on the United States/Canadian border. Collectively, they touch eight states: New York, Pennsylvania, Ohio, Indiana, Illinois, Minnesota, Wisconsin and Michigan.

Historically, the lakes have served as a signifigant transportation channel. Once used for fur trading and regional development, in the 21st century, the lakes’ transportation use has shifted towards industrial uses, such as moving steel, iron and automobiles.

While the lakes still provide transportation routes, most people now think of the Great Lakes for their recreational activities and crazy weather. Lake Michigan, located fully within the United States, has many major cities in its shores, including Chicago and Green Bay. Lake Erie flows into Lake Ontario, via Niagara Falls. While Niagara is only the world’s ninth-largest waterfall, it is impressive in its size and beauty. Because of the “lake effect” weather surfing is even an option on many of the lakes, but beware the “lake effect snow” in the winter when blizzards are common.