Tiny Homes in the News

The Latest News About the Tiny Home Movement

Tiny homes are all the buzz these days. It’s a growing trend and there is a lot of good information out there for those who want to consider it for themselves. Common themes in the news are that tiny homes are a possible solution for the homeless or for rising housing costs, as well as the obstacles over zoning laws that impact their growth.

If you follow the trend at all, you’ve probably seen this picture of this homeless woman, Irene “Smokie” McGhee, who was gifted a tiny home last May in Los Angeles. 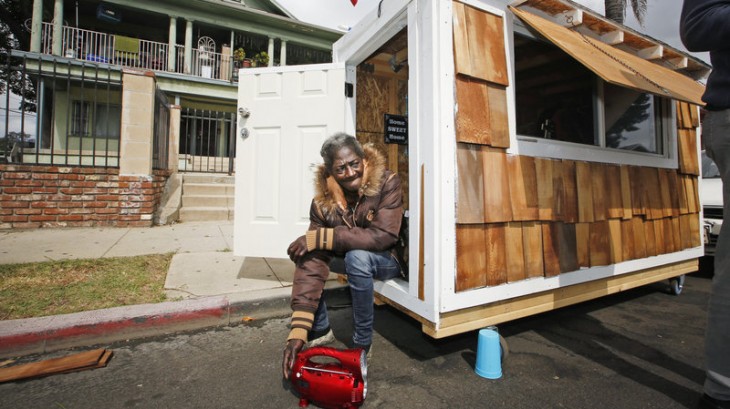 Thirty-seven tiny homes were given out to the homeless, however city sanitation workers confiscated three of the homes and tagging others due to health issues and concerns of safety hazards. They stated that the homeless would “be better off taking advantage of official resources such as shelters or housing vouchers.”

Another community in Ooltewah, Tennessee, wanted to create a tiny home community to help the homeless with affordable housing to help them rebuild their lives. The planned unit development was voted down after receiving a petition from local landowners with 1,800 signatures opposing the project. They feared it would lower the value of their properties and bring crime to the area. According to the article in the Times Free Press, the project would be in accordance with the current agricultural zoning ordinance, yet fear overwhelmed the philanthropic project.

There are communities, however, that are having good success helping the homeless with tiny homes as an alternative housing option. The “Community First!” in Austin, Texas, has a 27-acre village that plans to provide affordable housing for the homeless. Their philosophy is that this type of community is a great way to help the homeless, as housing is only part of the equation. They offer a chapel, communal restrooms, shower facilities and more.

Housing may not be the total solution for homelessness. However, it is a step in the right direction. There are a lot of advocates who say that not enough is being done to break the cycle and furthermore, too much money is being spent punishing the homeless with criminal charges for sleeping in public places or loitering. Jails are being used as an emergency shelter as opposed to providing a safe place to sleep. 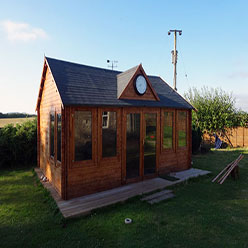 Another obstacle tiny homes are facing is zoning laws. Perhaps zoning laws were created originally to keep people safe. However, some believe that these days, they are geared to keep property values up and maintain neighborhood standards. A lot of zoning guidelines have dimensional guidelines, such as minimum square footage, which prohibit tiny homes. If the tiny home isn’t on a foundation, then it can be considered a recreational vehicle, which are forbidden in many zoning restrictions.

There’s hope, however. Some communities are taking great strides to adapt to the times and the current needs for housing. An article at Tuscson.com reported that Pima County, Arizona, changed its regulations to lower the minimum square footage on a single-family dwelling to under 400 square feet, and waiving certain building codes to address the smaller scale of tiny homes.

If you’re interested in places where tiny homes are most popular, check out Cities With the Most Tiny Homes on GOBankingRates.com.

Tiny homes are a growing trend that probably will continue. With rising housing costs, people are looking to simplify their lives and downsize, while being able to afford to live. While tiny homes might not be for everyone, it’s doubtful that the trend will slow down. The growing need for housing will indicate how fast or slow policies change.