Is a Tiny House Right for You?

According to The Tiny Life, a website dedicated to the Tiny House Movement, a majority of Americans spend one-third to one-half of their income on their homes; and because of that expense, 76 percent of them are living paycheck to paycheck.
Not only has the cost of a home supersized, the square footage of a single-family dwelling has ballooned as well. In 1900, the average occupancy was 4.6 people per 700-square-foot home. By 2000, the average was 2.5 people per 2,500-square-foot home.

The Tiny House Movement is a radical shift away from this increase in living space. A tiny house is defined in size as anywhere between 65 and 400 square feet. Compare that to a small house, which ranges from 400 to 1,700 square feet. Most of the floor plans found on TinyHouseDesign.com range between 8-by-12 feet and 8-by-26 feet. 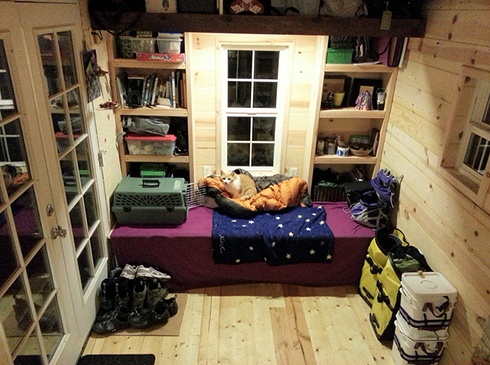 Many tiny house plans are absolutely beautiful. They come with modern appliances, porches, vaulted ceilings, dormers, bay windows … even Jacuzzi tubs. Caravan, the Tiny House Hotel in Portland, Oregon, gives you an idea of what they stock theirs with.
The cost, if you build it yourself, is between $25,000 and $30,000. That’s the price range for a relatively high-end tiny home on wheels with all of the amenities. This figure normally includes buying a brand new trailer, professional construction plans, your appliances and new materials. To purchase a ready-made tiny house, the cost is between $27,000 and $68,000. 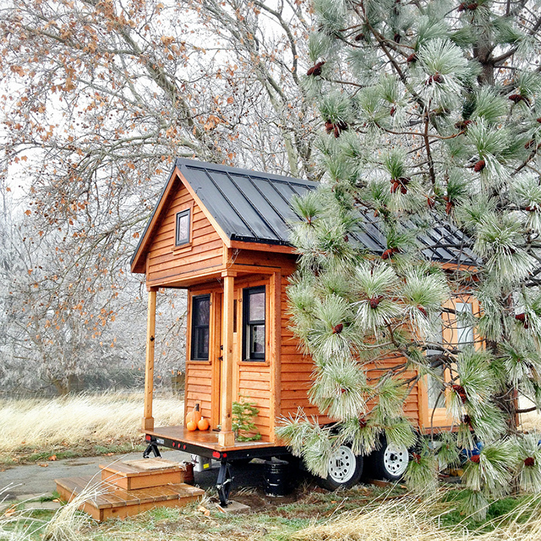 Getting a fix on how many tiny houses have been built nationwide is difficult, because they are not regulated in many places. Estimates are in the thousands, with many sitting illegally on private land. Others are built in recreational vehicle parks and some built in tiny-home villages, which are becoming more prevalent on the West Coast where they are helping to reduce homelessness.

A perfect place for a tiny house is on your very own vacant land, purchased through LandCentral.com. With just a valid credit card, you can take care of the location, before you tackle building or buying a dwelling.

Planning for the Future

But before settling on a tiny house, ask yourself the following:

Zoning is another consideration. Some local governments are changing their zoning laws to accommodate tiny house living. In a few places, such as Portland, Oregon, micro-communities and urban in-fill (a process that circumvents urban expansion to maintain growth boundaries) are encouraged.

Clearly, we no longer need all the space we imagine that we need. Our appliances are smaller and now that we keep our collections in digital format, we don’t even need as many shelves for music, movies and books. Now whether we can cohabitate with one another in such diminutive structures is another question altogether.

Especially if it rains a lot.